(Okay, let’s be honest: I can’t say the phrase, “This is a Man’s World,” without thinking of Christina Aguilera’s best performance of her lifetime. She did a tribute to James Brown at the Grammys several years ago, and KILLED it. So, now THAT’s in my head. Squirrel!!!)

This is a series that started as a response to the Pesky Umbrella Graphic (PUG):

For the first blog post, I started  with what I  feel is the most important part: Jesus as the Song of Solomon bridegroom, as the One Who leads us to the banqueting table in celebration with a Banner over us…”His banner over me is love.” If you haven’t read it yet, take a second and go back to it.

I did a follow-up blog on marriage, and parts of it might have sounded more like it was about reasons NOT to get married (totally not my intention, LOL): Mawwiage

Marriage is tricky. Going into it with crazy, Disney-expectations is setting yourself up for a lifetime of disappointment.

I’m not trying to rain on your parade; we’re all humans, and we’re terrifically flawed. Even under the banner of Jesus’ love, we make mistakes and we lose sight of our goals. We hurt each other, but the beauty of it all is that we learn to forgive, and we learn to grow together. It’s a lifelong process that requires incredible tenacity and faith.

So, for today, I’m going to discuss the role of the husband in this blog. This gets delicate because if you haven’t figured it out, I’m married. 🙂

I’m also EXTREMELY difficult to be married to (but hey, I have my good points). We were once told that 80% of couples who have lost a child, divorce, regardless of faith. That statistic has been proven to be false, but when you have that information hanging over your head and you’ve been through hell, it adds some extra challenges. Our marriage has been through more than anyone will ever know, but 13 years in, I’d say we’re successful in maintaining our relationship, SOLELY BY THE GRACE OF GOD.

Did I mention I’m difficult to be married to? Oh, and don’t get it twisted–David’s not the easiest thing in the world, LOL. He’s generally pretty great, but ask me about cabinet doors and cereal bowls….

I don’t want anyone to think that when I describe the role of a husband in a marriage, that I am disparaging or focusing on my husband unless I say so. Don’t put thoughts in your brain that shouldn’t be there. 🙂 I really do have a great man in my life, and the ratio of things that bug me verses the incredible qualities he has, is completely disproportionate. 🙂 I won. 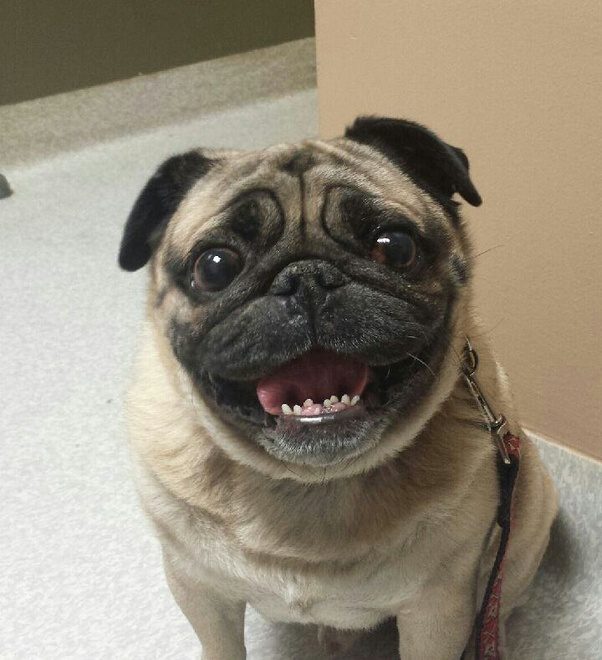 Ah, there’s that HUSBAND, lording over everyone else, burdened with being both the spiritual leader, the provider, and loving like Christ loves the church…

See, this is why we have to start disassembling this graphic by changing it from an Umbrella to a Banner. To hearken back to my original blog in this series, Jesus is over our family as a banner of victory, a banner of recognition, a banner of declaration that screams out the Love of God like a megaphone across the heavenlies. He shouts His love for us in the face of the accusations of the Enemy, in the face of the temptations that come our way…That banner is everything; whereas an umbrella will only shield you from the elements, a banner carries the mark of the King! We have this amazing declaration over our household that WE ARE LOVED uncontrollably, without human understanding! We are covered in grace and dripping in mercy, and where we walk as a family, we leave a trail of the fruits of the Spirit. That’s the goal.

And there’s Mr. Right: There’s the Husband of the Household.

Is he a dictator? A lord? King of the house? Ruler of all? Is he a doormat that a contentious wife stomps all over (ouch, occasionally guilty)?

No, and if he’s playing the role like any of those descriptions, he’s out of line with the direction of the Lord.

“Head” does not mean male dominance, where a man lords it over a woman and demands her total obedience to his every wish and command. God never viewed women as second-class citizens. His Word clearly states that we are all equally His children and are of equal value and worth before Him. As Galatians 3:28 tells us, “There is neither Jew nor Greek, slave nor free, male nor female, for you are all one in Christ Jesus” (Galatians 3:28).

The teaching of the New Testament clearly shows that women are to be respected, revered, and treated as equals with men. Unfortunately, many husbands have not gotten the message. They degrade their wives by neglect or with insensitive and abusive treatment. One cause of the feminist movement may have been that men abandoned God’s design. When God presented Eve to Adam in the Garden, Adam received her as a gift of great value to God and to himself. When husbands, particularly Christian husbands, do not treat their wives as a precious gift from God and helpmate, they can cause those wives to search for ways to find significance and value as persons, often outside God’s will.

The PUG gives men 3 responsibilities, so I’m going to address each one:

As a woman, and as a wife, it’s easy for me to look at the PUG with contempt. After all, it IS 2018, and women are enjoying more freedom and independence than ever before, right? We can be who and what we want; we can hang with the boys and be equals, right? I don’t need a man, right?!?!?!?!?!?

The last blog in this series will cover the roles of women in today’s world, and it’s probably going to be the most challenging for me to write. Like I said in the first blog,  I’m not a feminist; I’m an Equalist. I believe we should be respected equally, paid equally, and treated equally, regardless of gender or race….but to be a woman is a glorious, unique thing, and I think our differences are to be celebrated.

Men carry such a burden. The phrase, “toxic masculinity” has recently become popularized, and to be honest, it makes me nauseous. Men are now being “punished” for being, well, MANLY. I think the definition of “manly” is more than a little distorted in today’s world, so let me take a crack at it:

Being “manly” is not determined by how much Budweiser you can drink, how well you can shoot a gun, or by how quickly you can disassemble an engine.  A man that follows Jesus is to love in fullness, to walk humbly, to seek justice and to give mercy. He has shoulders that carry responsibilities with strength and a heart that seeks the will of God, and he makes that his priority. He protects, he provides, and he works in partnership with his Bride. There is nothing more manly than a guy who leads his family with humility and serves his God wholeheartedly.

In closing (phew!), I’m going to reference a blog I linked to in my first post of this series: The Thistlette. In this blog, the writer keeps the umbrella, but places them on equal footing with mutual submission to Jesus. Although I’m still not a fan of the umbrella itself, I can appreciate how she relocates the relationships out of the hierarchy that the PUG places them in:

We have a responsibility, male and female alike, that we share equally: Love Jesus. Tell the world about Him, and set an example of His love with your life. Raise a family together that does the same. We have different-but-equal responsibilities in the kingdom, and a goal to work towards, together. Setting aside religious misconceptions and walking forward in freedom to further the goals of the Kingdom is what we should all be striving towards, and building families together without judgment is key.

One more section of the PUG to go……..#JustKeepWriting

One thought on “Part Three: Redefining Family Structure in the Church, AKA, “This is Man’s World.””